Podcasts are a nice way to learn about new topics, pick up new ideas and hear the experiences of other testers and agile practitioners. I highly recommend the Testing Podcast site for informative interviews with a wide range of testing practitioners.

This interview with Michael Kircher of Software Engineering Radio was posted in June 2010 and can be found on testingpodcast.com as well, along with some other podcasts I’ve done in the past. Michael and I cover several topics ranging from the role of the tester in agile teams, over test automation strategy and regression testing, to continuous integration. I really enjoyed it because we got to talk for over an hour (though the podcast is not that long.)

Teamwork for building in quality 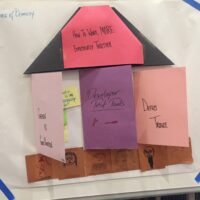 What can testers and developers learn from each other?