I learned a lot at Mile High Agile last Friday. Here are some notes from sessions I attended. I never heard the for-sure count of attendees, for sure it was well over 700 people. The fun part was running into people I worked with 15, 20 or more years ago, I think pretty much the whole tech population of the Front Range was there.

Mike Cohn, keynote, “Let Go of Knowing: How holding on to your views may hold you back”.

I expected magnificence from Mike and I wasn’t disappointed! (I worked for Mike back in 2003-4 and have learned so much from him over the years. Plus, the books I’ve co-written with Janet Gregory are part of Mike’s Signature Series of books with Addison Wesley.)

It’s hard to sum Mike’s talk up briefly. One theme was “intellectual humility“, being able to say, “I think this is the best way to do X, but I could be wrong”. He talked about the Dunning-Kruger effect – the less we know, the less we think there is to know.” Lots of interesting studies around that which are worth looking up.

Mike pointed out that process != a list of rules, and encouraged everyone to avoid “brand loyalty”. Don’t go only for one “brand” of agile – Mike pointed out that though Scrum is his bread and butter, he is known for user stories and estimates, which both came from XP. Question assumptions, lose your grip on certainty. Too many of us aren’t as open-minded as we should be. When we’re willing to be wrong, we have a new path to growth.

Mike Clement, “The Quest for Continuous Delivery at PluralSight”

Mike wrapped up with a picture of Picasso’s Don Quixote and quoted the lyrics of “the Impossible Dream” which seemed appropriate for our quest for CD! But hey, we just need donkeys, right?

Paul Rayner, “Lean UX: Want to get better at the Lean discipline of ‘Deliver Faster’?“

Paul highly recommends Jeff Gothelf’s book and video course on LeanUX. Check out his review of the book.

Chris Shinkle, “You Can’t Manage What You Can’t See”

Visuals let you communicate a lot of information quickly. Chris had pictures of how they manage all the jets and traffic on a huge aircraft carrier – on a big table with little models of all the planes and equipment that the person in charge moves around manually. It was pretty impressive. Here are some more points I noted:

My own workshop, “Building Your Agile Testing Skill Sets”

I had a lot of people in my own workshop, “Build your agile testing skill sets“, and a good diversity of roles, about a third testers, a third developers, and the rest BAs, managers, ScrumMasters and the like.

I guess it was around 60 people. It was mostly group exercises, each group brainstorming about what skills testers need and teams need to succeed with testing, what specific skills their own teams are missing, and ideas for experiments to obtain the missing skills.

I was surprised that overall, the knowledge of testing was lower than I expected. There were some highly experienced expert practitioners, but many people seemed to be beginners at both testing and agile. A lot of people were in companies who have silo’ed “QA teams” and where testers were considered “second class citizens”.

Everyone seemed to enjoy the discussions and sharing of lots of interesting ideas. I hope they each got a couple of ideas to try for baby steps towards doing a better job of building quality in. 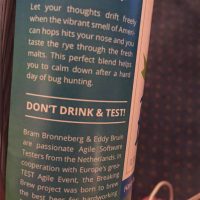 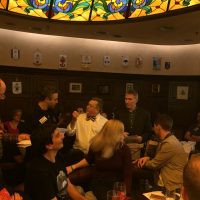 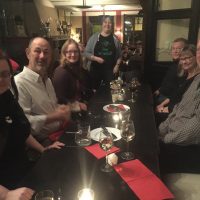 One comment on “Elevating Agility: Things I learned at Mile High Agile 2015”