My friend and excellent agile coach Michele Sliger, co-author of The Software Project Manager’s Bridge to Agility ,  recently emailed me this question that she hears a lot: “Where should I start looking to learn more about test automation and tooling?”

Naturally, I replied with a typically long-winded answer. She must have liked it though, because she suggested I cut and paste my reply into a blog post. Here it is!

The key thing with a newbie agile team is to not say “move testers on all teams into automated testing” but “help all teams learn to take whole-team responsibility for quality and testing, and learn how programmers and testers collaborate to automate tests at all levels”. Automated test code is code, and generally, it’s much quicker and better in the long run for programmers to code the automation fixtures. Testers know what to test, and when programmers do the coding, testers have lots of time to help customers come up with examples of desired behavior to turn into tests. Then they can pair with the programmers to automate regression testing and any other types of tests (performance, load etc). Then they will still have time to do the all-important manual exploratory testing.

If they read our book Agile Testing, they will learn that they have to be patient and invest a lot of time in learning and experimenting with different test frameworks. And they should use Mike Cohn’s test automation pyramid concept to see where they’ll get the best ROI in automation. Generally, they should always start by learning how to do TDD and get traction on unit level tests. Then they can move on to API or service level tests, then GUI. But that’s not a rule, each team has to figure out what’s best for them.

I highly recommend Gojko Adzic’s Specification by Example book, and also his blog, gojko.net. Markus Gaertner has a great ATDD book coming out but it’s not published yet.

There are SO many test frameworks, drivers, tools, it’s overwhelming. Recently we had to find a way to automate GUI regression tests for our new code that uses Dojo. Our existing GUI tools aren’t able to interpret the Dojo JS properly. It was truly a team effort, though not a smooth one. Our sys admin had earlier played around with Selenium, and we thought Webdriver might work. The sys admin did a spike and proved it did work, then he and our senior architect spiked a couple of different frameworks – one homegrown, one using Geb. They demo’ed it and got everyone’s opinions. For now we are going with the Geb framework, but down the road we might decide it’s not quite right and try something else.

Anyway, that’s a long-winded answer. One good place to start getting an idea about functional test tools is the Agile Alliance Functional Test Tools group’s spreadsheet comparing various tools, at http://bit.ly/AgileTestTools. When the teams are ready to think about functional testing, they might take a look and get an idea of all the choices. It’s a good idea to stop and plan a test automation strategy.

It is really, really hard to get started with test automation. There’s a period where it’s just extra work and no reward. But eventually they’ll cross over that Hump of Pain and start reaping the benefits, eating away at their technical debt!

The One Right Thing 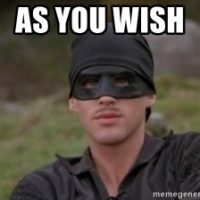 2 comments on ““Where Should I Start Looking….””